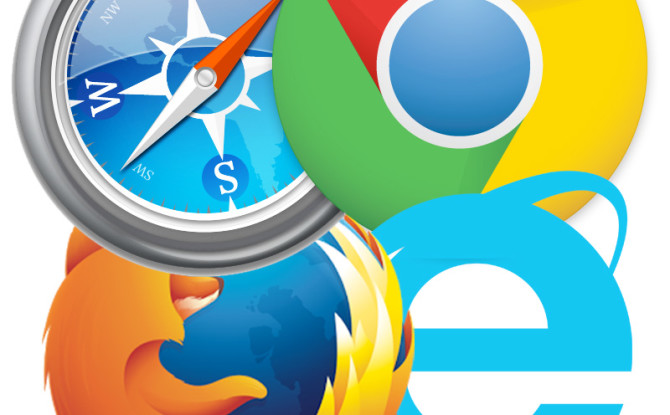 What are the main web-browsers and how do they differ?

A web browser or just browser is what you and the other 3 billion internet users access the internet through. It’s that page where you search for something or type in the ‘www’’ to go to a website that you are familiar with. On the web, when you navigate through pages of information, this is commonly known as web browsing or web surfing.

By definition a web browser is a software application for retrieving, presenting, and traversing information resources on the World Wide Web – the World Wide Web being the ‘www’ we referred to earlier. Whilst there are many browsers available, these are the four leading ones: Chrome, Firefox, Internet Explorer and Safari.

Web browsers are intuitive for both basic and advanced internet users. Whilst each of these web browsers is easy to download and free, the majority of us use only one browser – so it is important that you choose correctly!

So, here’s run down of the big four:

Google Chrome is known for its speed and simplicity. This browser is developed by Google and was first released for Microsoft Windows in 2008. Today, Chrome is known to be the most popular web browser.

From a configuration standpoint, Chrome is the only browser that supports both Windows and Mac operating software, along with both Android and iOS phones.

Firefox was developed by Mozilla. Its first version was released in back in 2004 and it was quite a popular browser on the Internet. However, its popularity has been slowly fading over the years. Surprising, because they come up with features with cool names like the ‘awesome bar’. The ‘awesome bar’ is like the ‘omnibar’ but also remembers where you’ve been and guesses where you might be going. Intuitive.

Firefox is well-known for its stability, but its start-up process is not as fast as Chrome’s.

Internet Explorer is the big one – traditionally the most commonly used browser in the world. Although it’s share of usage is gradually dropping as Chrome’s is increasing. It’s the default browser that comes installed on most, if not all, PCs. This browser was developed by Microsoft back in 1995, at the same time that Windows was first created. Internet Explorer is also known as Microsoft Internet Explorer or just IE.

Internet Explorer provides a stable application that does not crash very often. However, it typically takes longer to load web pages than other browsers, and only supports the Windows operating system. The variation in versions of Internet Explorer often means that some software does not support all versions making it occasionally frustrating to use. These bugs occur in Internet Explorer at different times and fixing them can be time consuming.

Like Internet Explorers is to PCs, Safari is to Macs. It’s the default web browser installed on all brand new Macs. This web browser was produced and developed by Apple Inc. and was released in 2003. Safari is known for its simple and non-flashy approach. By removing the unnecessary bells and whistles of other browsers, Safari loads pages very quickly and is perfect for users that do not ask a lot of their web browsers. However, it sacrifices a lot of the customisation that other browsers provide.

Browsers can be all about personal preference. But they can also be about providing a better interpretation of the page you are trying to view. A little trick is to make sure you have at least a couple of web browsers available to use. If a page isn’t loading correctly for you using one, it may work better on another. So, explore them and find the browsers that suit you and provide a better Internet experience.